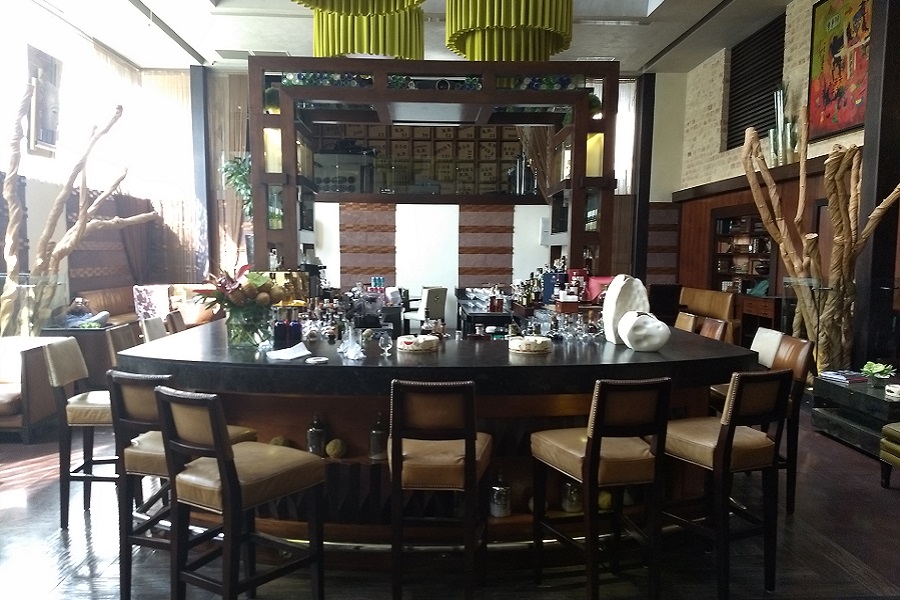 To truly appreciate a building, restaurant, or, in this case, a cigar bar it helps to understand the history.

Started in 1912 in Tampa, Florida Arturo Fuente would become one of the best-known cigars companies in the world with several of his cigars receiving many industry awards. His cigars were rolled in Florida, but he purchased his tobacco in Cuba – his home country. In 1956 Arturo, now in his later years, handed the reigns of his company over to his son, Carlos Arturo Fuente, who began to expand the business into the world-class cigar company it is now. In 1962 Carlos saw the impending trade embargo with Cuba by the United States and bought a 3-year supply of Cuban tobacco. With many of his competitors either out of business or selling inferior tobacco, Arturo Feunte cigars started to take the international main stage.

Then in the late ‘70s the Sandinistas Liberation Front started a rebellion in Nicaragua and one main objective of the rebels was to burn everything in their path. Unfortunately, the Arturo Fuente factory was on the path of destruction. At this point everything the family had worked for was in peril as Carlos Fuente fled Nicaragua. He knew he had to do something quickly so he created a partnership with an established family in the Dominican Republic that allowed him to open his operations in the Dominican Republic with less governmental pressure than he had experienced in his first attempt in the Dominican Republic.

While Arturo Fuentes is one of the newer brands in the Dominican Republic (1980), its company is well established as a world brand and has been hand-rolling cigars for over 100 years.

At its offices in Santo Domingo, Dominican Republic, they have created a world-class cigar bar on the first floor and their corporate offices on the second floor.

The cigar bar/club is in the heart of Santo Domingo on Avenue 27 de Febrero #211 and is more than just what the name suggests. The Arturo Fuente Cigar Club combines quality and atmosphere to make a luxurious cigar club that offers excellent hand rolled cigars, the best rums from the Dominican Republic and the Caribbean, spirits, a great wine cellar and an excellent but limited food menu.

After exploring the city of Santo Domingo in the day, there is no better way for a cigar novice or aficionado to spend a night in Santo Domingo than enjoying a fine hand-rolled cigar and a good Caribbean rum while listening to the smooth jazz band performing on many nights. For the novice the staff is more than eager to help find just the right pairing of cigars, spirits and food for you to enjoy.

Highlights Of The Cigar Bar

A Few Of the Arturo Fuente Cigar Standouts

Fuente Fuente OpusX – The first ever cigar to be 100% pure Dominican (puro Domincano). It is considered one of the best cigars in the world and is a benchmark for all other cigars.

Eye of the Shark -Cigar Aficionado Cigar of the Year 2017, and is one of their best-known cigars in the world.

With the rich history of the Arturo Fuentes brand, the luxurious club/bar with its excellent food, fine rums, spirits & wine, its world-renowned cigars, and all for an affordable luxury price, this makes a wonderful place to visit on your Dominican vacation. What says a Caribbean experience better than a fine hand-rolled cigar with a glass of the Dominican Republic’s finest rum after a day at the beach!

MENU
Back To Top